To answer the question “What is the difference between a supercharger vs turbocharger“, it is important to first learn what they are and how they benefits in building a tuning car. A supercharger is a device that pressurizes or compacts or compresses the air which is being sent to an engine. The compressed air thus allows the combustion area to be properly filled without occupying much space. A supercharger provides higher amount of concentrated oxygen which is equaled by providing a huge amount of fuel coming from fuel injection system.

A supercharger provides two different mutations: positive displacement, and dynamic. A positive displacement supercharger thrusts air into the engine at a fixed speed, and a dynamic supercharger uses the factor of velocity to maneuver the pressure of the air. In both the cases, the outcome is the same as compressed oxygen is delivered to the engine, thus making room for more power to be obtained . Some cars also known as naturally aspirated do not have a supercharger and they suck air inside allowing its customary flow to come in but regulating the incoming using valves etc.

Superchargers are powered in different ways and thus categorized into blowers and turbo chargers:

Some superchargers when they use exhaust gases to energize the compressor become turbo chargers. A turbo charger is albeit a different kind of supercharger.The turbine is a device in the turbo superchargers which converts exhaust gases to power . A turbocharger compresses the air which enters the cars engine, increasing the amount of oxygen that enters and thereby increasing the power output. The turbocharger is driven by the cars own waste gases. Stated otherwise, a turbocharger uses the engine’s dysfunctional profusions to increase the cars potential. An intercooler system is also needed to keep your cars engine temp and system under control.

Some superchargers are conventionally powered by the engine, usually through a drive shaft, or belt or a chain. This type is known as a supercharger, or a “blower”. Technically all the systems that compress the air passing into an engine are known as superchargers, notwithstanding of however they are powered. 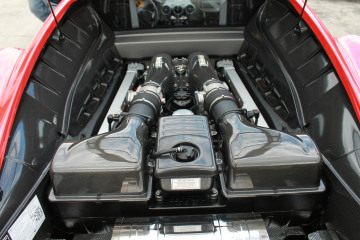 There are some wide distinguishing features like functioning, advantages, and drawbacks depending on the type you have chosen. Both use forced induction to help accumulate the quantity of air mass entering the engine, thus providing more energy.

The fundamental distinguishing feature between both the types of chargers is their method of obtaining power. There should be a device to provide power so as to run the air compressor. Blower consists of a chain that is connected right away to the engine. Blower gets its horsepower in the same way as a dynamo or a hydro-siphon. Exhaust gases capacitate a turbocharger. Though both the mechanically powered supercharger and the turbocharger if not positioned properly may cause the engine to damage quickly, but a mechanically powered super charger is more surpassing as compared to a turbo charger in many ways.

Supercharger does not cause any delay in compressing the air as the power of compression comes from the engine itself, and on the other hand the turbo has to wait till there is enough of power from exhaust gases required to compress the air. A blower is said to be more efficient than a turbo and gives more mileage than a turbo when used in small cars.

When we look at both the systems both sound to be a good bargain. Ideally a turbo charger is more accomplished as it is converting the useless energy of the exhaust and getting its power . Also, in a turbo charger the engine always needs to run at high speed in order for the more and more wastes to come out. Slow running engine leads to some kind of back pressure in the system and provides less charge. Though the increase in power is of beneficiary for the car — and driving is also enjoyable — a turbocharger comes with its share of disadvantages. The engine in which turbo charger has to be installed must have a low compression ratio than a normal engine . Due to this reason a turbo charger cant be put on an normal engine without affecting the activity and capacity of the engine. Less compression ratio means less capable engine system at low power.

Superchargers are pretty easy to induct but prove more expensive than the turbochargers. Moreover both of them are also positioned in different areas of the engine, so a car can also have a dual system.

As the outside environment also encourages the levels of a turbo so lot of foreboding must be taken to guarantee correct boost control under all driving conditions. A hot sunny day with traffic jams which causes lagging through traffic and speeding along on during a cold or rainy night are two entirely dissimilar environments for a turbo machine, since it intakes different amount of air when it encounters these contradictory situations.

Supercharger vs Turbocharger is a debate that has been going on for many years. Upgrading your car to either one depends on how much you are willing to spend and the type of car you will be using.  Supercharger are better suited to a bigger engines like V8 or V6 configurations and are cheaper and easy to install. While Turbochargers are better for small engines that also requires installing an intercooler to keep the engine heat at a minimal level but are much more expensive than supercharger as this requires installing different upgrades such as wastegate, turbo timer, boost controller and pipes.

← Do It Yourself Auto Repair
Why Is My Check Engine Light Flashing? →