Do You Know How Fuel Injection Works?

It is important for you to know how fuel injection works, what it is or even why you should have one in your ignition system.

An injector is a small electro-mechanical device that is used to spray petrol of an ignition system into the intake manifold, straight in front of the intake valve. It has small hypodermic holes which allow auto tuning of the amount of petrol or diesel used by the engine in a variety of conditions. It protects the ignition system from damage by allowing the petrol in, and hence preventing the entry of water which could corrode the lining of the system. The fuel is therefore used as a lubricant by default instead of water.

Injection systems are adjustable and have good precision for electronics. This makes them easy to connect to the control unit of a computer which has an installed auto tuning software. The software automatically allow the computer to controls operations conducted by the injector. The injector is made to open and close the aperture at the same rpm as the engine. The micron filter found on the top inlet side prevents the entry of dirt from bad air cleaner element. 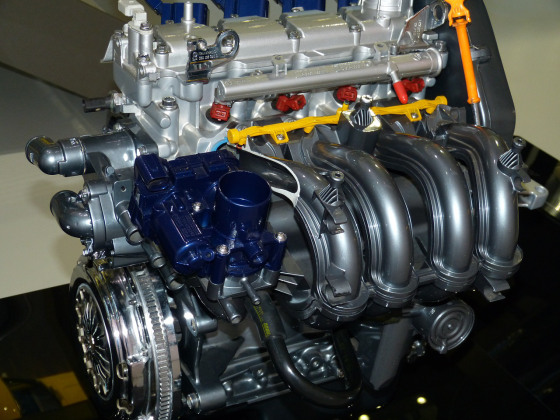 When the key is turned on, it continuously powers the injector in the ignition. The key literally completes the circuit by grounding the injector and in the process cause it open. The injector is always closed as long as the grounding is not retrieved.

In essence the computer collects information from different sensor planted in proper positions of the mechanical system. As soon as the information is received from the sensor the computer(with the help of auto tuning software) determines the appropriate duration the injector should be grounded in order to inject the exact amount of fuel with reference to the demand.

Normally milliseconds are conventional units used to measure the average fuel duty cycle of an injector. Normal injectors operate at around one and half to six to milliseconds. The type, size and the demand of the engine determines the best injector to use. There are two basic types of injectors. The first one is the oldest version. This system uses one or two fuel injectors which are located directly in the throttle body. The cylinders are supplied with measured amount of petrol sprayed into the intake manifold.

As a result, the intake is changed and the intake valve is allowed power the petrol into the cylinder. This injector is capable of auto tuning to air density and changing height from the sea level. Unfortunately, it is does not relay on manifold vacuum and also has a lower efficiency compared to direct individual port-type injection. Definitely, the cylinders that are situated near the injector contains a mixture that is better than the ones that are fart away.

The second type is the Individual port injector. This type eradicates this defect by supplying an uniform amount of fuel to each cylinder. This gives room for uniform mixing. It is therefore the most used type in mechanics.

In general injectors are efficient, safe and reliable than the normal carburetors. Currently a higher percent of engine ignition system use injectors because they are easy to control and monitor hence making it possible for car tuning. So it is advisable to know how fuel injection work.