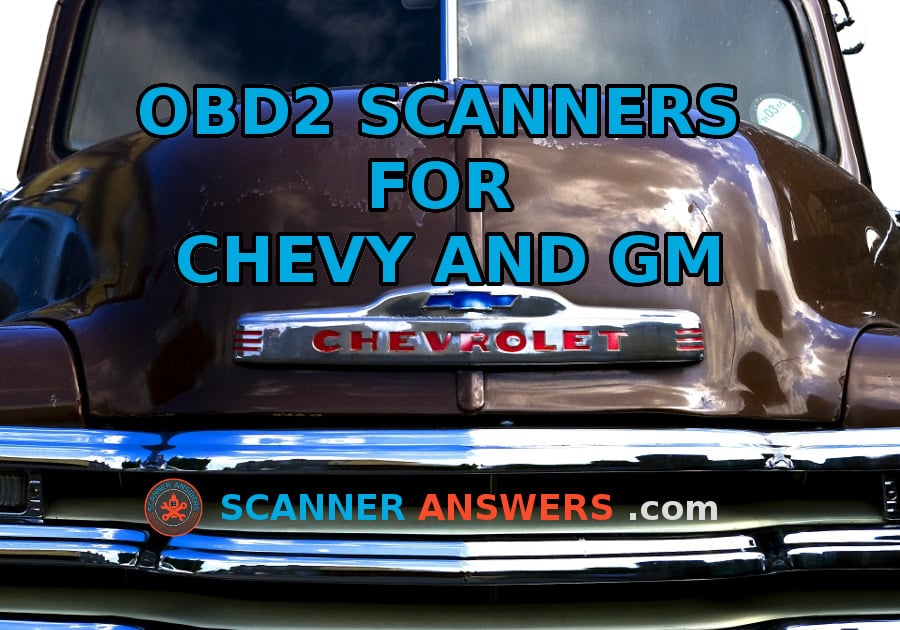 Using a Pontiac OBD scanner will allow you to diagnose engine problems and identify the causes of these problems. The code reader comes with instructions in English so you can understand what each of the codes mean.

Some of the best scanners on the market offer free shipping to the U.S., and some even come with a warranty. The benefits of using a scanner are many, and you can save money by buying a quality one.

Professional technicians will use the Multiple Diagnostic Interface 2 (MDI2) when diagnosing GM vehicles. It is a communication tool that connects a car to a host PC application for data transfer and ECU reprogramming. The MDI uses a DLC cable to power itself and uses USB 2.0 for firmware downloads and updates. It is compatible with current GM vehicles, including those manufactured in 2010 and newer.

The Tech2 scanner supports a variety of vehicle models, including GM, GMC, Suzuki, Saturn, Isuzu, and Pontiac. It can perform diagnostics on the climate control programmer and send commands to the various modules.

The Tech2 is effective for vehicles like the 1997 Cadillac DeVille and the 2001 Chevrolet Venture. For professional use, the Tech2 scanner offers more features.

The MaxiDAS OBD2 scanner is the most professional model of OBD scanners available. While it costs more than the other models, it provides in-depth diagnostics and troubleshooting. GM dealerships use the Tech2 OBD scanner because of its ability to clear codes from any module. It can also perform a variety of other functions, including programming and oil reminders. The Autel MaxiDAS is compatible with most GM vehicles.

The Tech2 Flash supports OEM level diagnostics for all GM vehicles. It has a large backlit screen, removable hardware modules, and RS232 and 485 ports. Moreover, it offers a bidirectional control over diagnostic tests. A GM OBD scanner is compatible with all GM vehicles. This model also has the ability to connect to other diagnostic tools. Its dual-port configuration also gives you the convenience of working with different devices.

The GM MDI 2 replaces the first generation MDI that was released in 2007. It is capable of Pass-Thru programming on vehicles manufactured after 1996. It utilizes a J1962 connector and DLC cable. A PC can be connected to the device via standalone (USB) or dealership network (CAT5). When the software is updated, you will need to download a new license.

The Foxwell NT510 Buick Chevrolet Cadillac GMC OBD scanner has many benefits over its competition. Unlike others, this scanner can act on sensors to perform system tests and reset an oil reminder. In addition, it allows you to program your vehicle’s control modules. In addition, it’s compatible with most GM vehicles. Although its interface is similar to that of the NT510 Elite, it is considerably cheaper. It will still give you reliable performance, but the price tag will be lower than the other models.

The NT604 Elite supports two languages and offers an integrated DTC library. The Foxwell NT614 Elite is an all-in-one automotive diagnostic device with a wide range of features and benefits. It supports the standard features of an OBDII scanner, including Engine Code Reader and Airbag Sensor. Its powerful performance makes it ideal for professionals and hobbyists alike.

Despite its ease of use, the Foxwell All System Scanner for Pontiag OBD scanner also has a plethora of other features. The scan tool also comes with a built-in DTC library, so you won’t have to carry a manual around with you. Moreover, it saves and backs up all your test history. It’s a versatile tool for interpreting car diagnostic data and is compatible with over 60 car brands. Its portability and high-end functions make it a great choice for both pro mechanics and amateur enthusiasts. You can save hundreds of dollars and still use it for your everyday needs.

The Foxwell GM All System Scanner supports the ISO 15031 communication protocol. Its two-inch J1962 connector is female and 16-pin (2×8). In addition to this, it supports most OBDII/EOBD test modes, including J1850 PWM and VPW. It also has a blazing fast refresh rate. You can use it on all GM vehicle applications.

There are a couple of different models of the Tech2 scanner. However, the former is more expensive, but requires a bit more training. The latter is compatible with all GM brands and covers all Pontiacs. The Autel AP200 is compatible with GM vehicles, but is less versatile than the Foxwell NT530. Both scanners are compatible with many other makes of vehicles.

The Actron CP9145 PontiaC OBD scanner is a handy tool designed for road test and shop use. This scan tool includes a large, easy-to-read LCD display that displays diagnostic trouble codes and deactivates the check engine light. Its live engine data parameters allow you to view a snapshot of the operating conditions of your vehicle at the time of the fault.

OBD II compliance is a requirement for the SUPER AutoScanner CP9145. This scanner is compatible with vehicles made from 1994 to 1995. To confirm whether your vehicle is OBD II compliant, look for a black box with cooling fins on the engine compartment. If your vehicle does not have this device, you can purchase a separate Super AutoScanner Kit CP9150.

The CP9145 includes a base unit and an optional USB interface. It is a versatile tool for diagnostics on all types of cars. Its huge database of DTC codes is perfect for identifying faults and repairing your vehicle. It is also fully upgradeable. Actron OBD scanners are a good option for beginners and professionals alike. You can use them in both manuals and online.

The Tech2 Pontiac OBD scanner is a very good tool to use when it comes to diagnosing your car’s problems. It has a slew of features including the ability to clear codes, perform system tests, and program control modules. You can also use it to reset the oil reminder and reset the engine’s ECU. However, it does have some drawbacks. Let’s take a look at the main ones.

The Tech 2 has a built-in PCMCIA interface device that communicates with the car’s on-board diagnostic system. This means it supports most GM vehicles, and will even work with late model cars. A 32MB memory card is also included. The screen is large and bright and displays the results easily. It is also equipped with a DTC capture capability and a status window. In addition, it supports full GM diagnostic software, including CAN network diagnostics for CANdi vehicles.

The Tech2’s main menu includes various modules. You can choose the one that matches the brand of your car, or select the type of vehicle. The Tech2 will provide the details on the error, and the information you need for further diagnostics. It can also clone security chips for keys, as well as update engine management software. Using it is very useful when dismantling a SAAB or if you’re planning to buy a new car. Sometimes you can’t take the original head unit with you, and the only way to marry it with your new car is to use a Tech2 scanner.

The Tech2 OBD scanner is an excellent tool for the average mechanic to use when diagnosing a vehicle. It has the same features as the Tech1, but is PC based. You can even upgrade it by reprogramming the RS-232 connector. It will also let you perform more advanced diagnostics, like repairing engine problems. A good Tech2 OBD scanner will last a long time.

The Tech2 OBD scanner supports the majority of GM vehicles, from 1997 Cadillac DeVille to 2001 Chevrolet Venture. It also supports climate control programmer. It has an optional USB Key for coding. It is best to purchase a scan tool that supports multiple brand diagnostics. One important thing to consider before buying a Tech2 is whether you’ll need it for coding or not. The coding features on the Tech2 can save you a lot of time.

← How Do You Read Codes on Cars?
OBD Port Reader and Telematics Devices →