What comes to mind when you hear car tuning?

To many things, it rings a bell to the famous MTV show pimp my ride where an old or ugly car used to be transformed to a super cool ride.

And yes that’s exactly what car tuning is about. It is changing the appearance of a car to either improve its performance or look.

In most cases, car tuning is or was associated with auto racing but a lot has changed since people are tuning their cars for personal use. This can be seen in hip hop celebrities worldwide.

In order for you to have your car tuned, there might be some legal requirements needed depending on where you live. For example having a custom made plate number.

You need to check with your laws regarding car tuning before deciding to do it. With that said let us look at the parts where modification can be done.

For tuning the appearance, the following parts are mostly modified.

1)  BODY:
This concentrates more on the appearance and slight performance of the vehicle.

SPOILERS:
This is mainly done to improve the appearance of the car. It involves adding of spoilers. They are added to make the car aerodynamic. That is cutting the wind when the car is in motion. High speed cars benefit much from spoilers because of the lift caused by air.

This lift can make the car to lose control especially when the vehicle is making a turn.

You will mostly find them attached to the back of the vehicle, on the roof, front, rear window and above the trunk.

Below are the common types of spoilers.

a)    Roof spoiler
It is found at the rear of a car’s roof just above the glass.

b)    Pedestal spoiler
It is put above the trunk of a car. This spoiler is mostly found in high speed cars since it improves the stability of the car at high speed. It is important because it both improves the performance and look of the car. 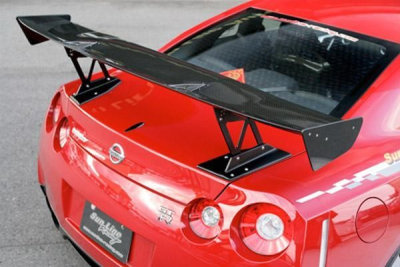 c)    Front spoiler
It is attached to the front of the car’s body beneath the bumper. It helps in improving the airflow. 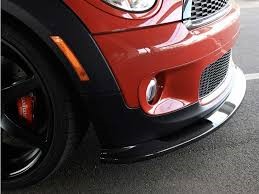 d)    Lighted spoiler
They are provided with the lights for optimum brightness and enhance the look of the car. 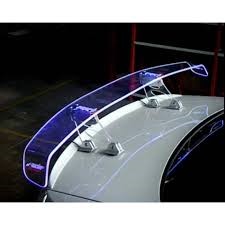 e)    Lip spoiler
It’s smaller than the regular rear spoilers. It is found on the lip of the trunk.

f)    Truck spoiler
It is found on trucks. It adds on the aggressive look of the truck.

FENDERS:
It is a part of a car which frames the wheel. In car tuning, they prevent dirt from being thrown into the body of the car by the tire when rotating. 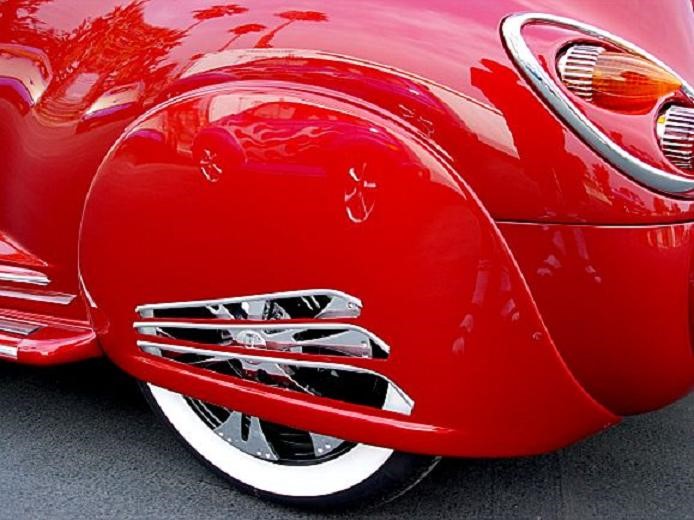 HOOD SCOOP:
It is found on the bonnet of the vehicle. It is slightly raised to allow air flow into the engine directly. 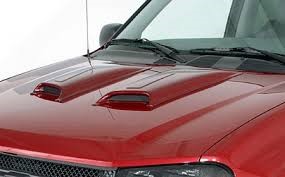 HOOD:
This is the part that covers the engine of the car. It is made of steel, carbon fiber or fiber glass and also is prone to wear and tear. It enhances the look of the car as it is an important part of car tuning. 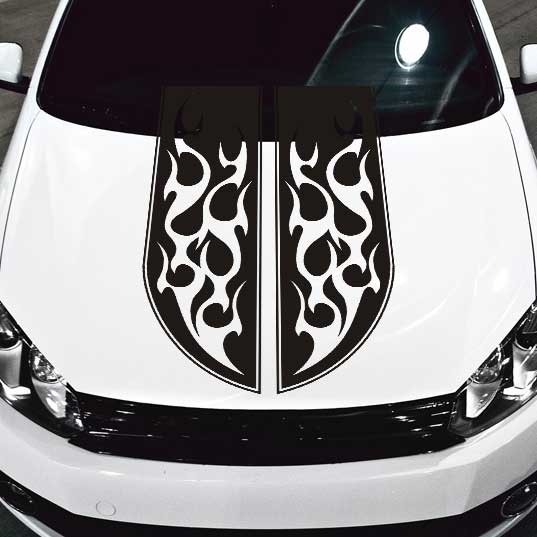 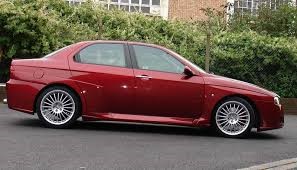 CAR DOORS:
They are used for entering the car. We have different type of doors used in car tuning. They include the following:

a)    Butterfly doors
They are non standard door designs which are found mostly on high performance cars like Audi and Bugatti. They move up and out through hinges along the A-pillar. 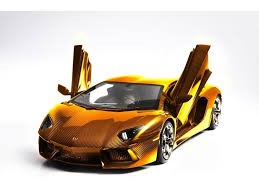 b)    Suicide doors
They resemble traditional horse drawn carriages. The door is hinged at its rear rather than the front. They are not very common in today’s car tuning process due to safety concerns. They are found in cars like the Lincoln concept car, the Fiat 600 Multipa and the Saturn coupe 2008. 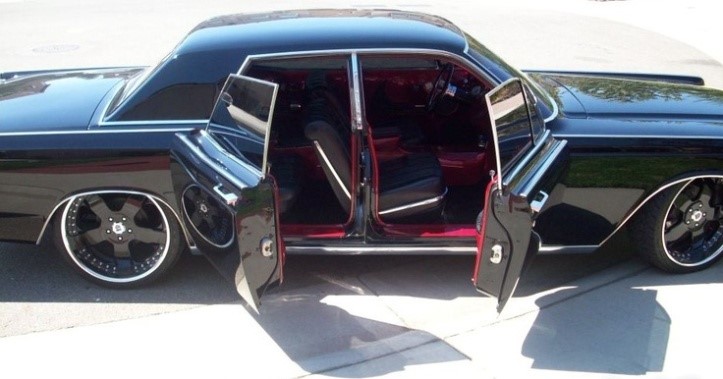 c)    Canopy doors
It emulates an aircraft canopy. It is very rare to be used in car tuning. The common design is front hinging. 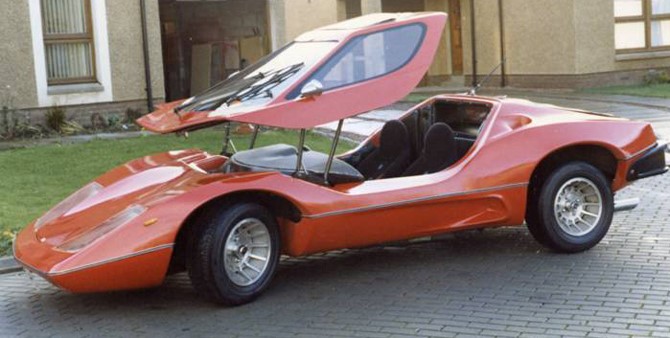 d)    Gull wing / Falcon wing doors
They are hinged at the roof and when they open, they resemble the wings of a bird. They are mostly found on cars like the Mercedes Benz race car and Tesla Model X SUV. 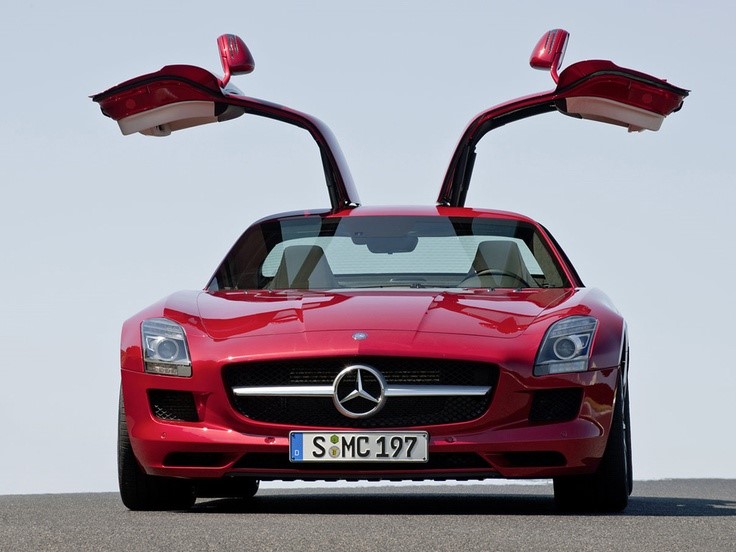 e)    Sliding doors
These doors slide back toward the car when opened. They are best suited for cars that require parking space a lot. The vehicles that are common with these doors are vans. 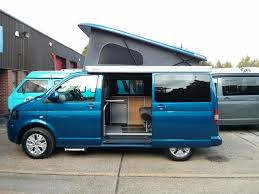 WINDOWS TINT:
This is the applying of dark/tint to your car’s windows. It adds privacy since no one from the outside can see inside the car but the person inside the car can see the outside environment. It  also prevents sun rays. 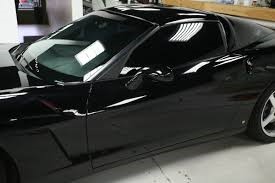 2)  ENGINE:
Engine tuning involves adjusting the engine control unit. It is done so as to increase the engine’s power output. It is adjusted mainly to boost performance.

Below are some key engine parts:

•    Spark plug
It supplies the spark that ignites the gasoline/air mixture for combustion to occur. There are different types of spark plugs. They are copper, iridium, platinum and double platinum. 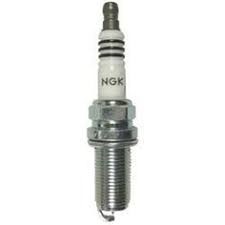 •    Connecting rod
It connects the piston to the crank. They may also convert motion into reciprocating motion.

•    Crank shaft
It turns the piston’s up and down motion into circular motion.

•    Sump
It consists of the oil pan which contains oil that helps in lubricating the parts of the engine.

•    Nitrous oxide
Some car may have nitrous oxide added to the engine. Nitrous oxide helps in increasing the speed of the vehicle. It is commonly used in racing cars. 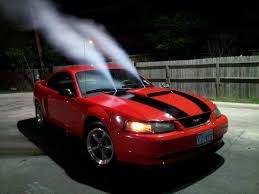 3)  INTERIOR:
The interiors are the inside parts of the car. They are designed differently according to the owners taste and preference. Let us get into detail about the interior parts which are tuned. 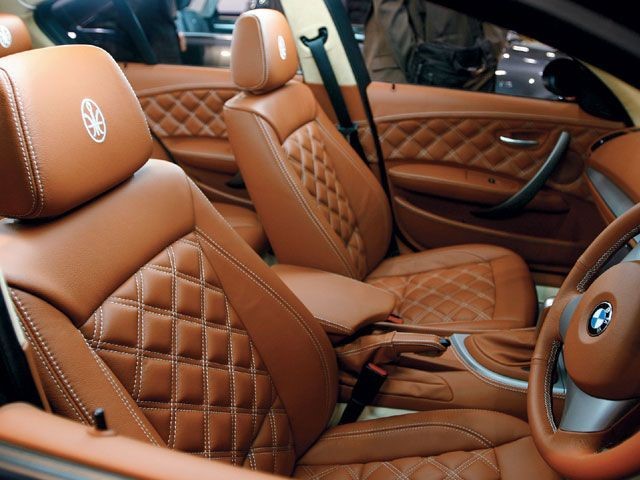 •    Trap or secret compartment
This is where you hide your valued possessions. It was mainly used to hide weapons. It is a crucial interior part in car tuning because it adds that extra “coolness” in the car. 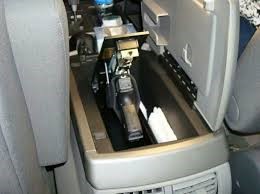 •    Roll cage
It is a built in frame which is intended to protect the passenger from injuries in the event of an accident. It is common among racing cars but in some instances it has been used in car tuning.

•    Carpet
It is on the floor of the car where people step on. In car tuning the carpet matches the décor of the car especially the seats.

•    Center console
It is the control bearing surfaces in the center of the front car interior. That is in the area beginning the dashboard and continuing beneath it. 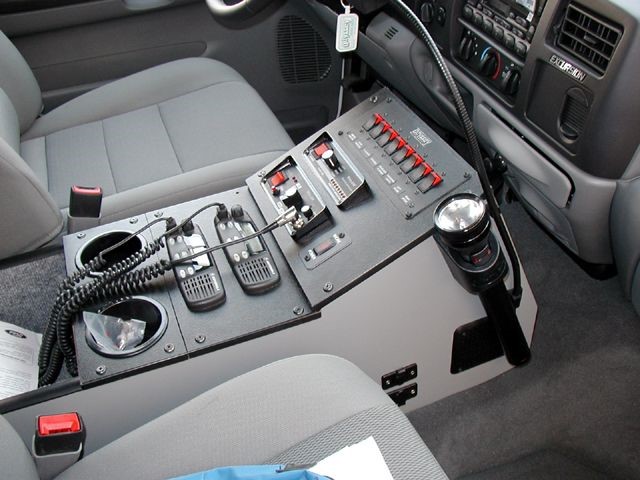 •    Braking system
The breaking system is also an important area in car tuning.

•    Suspension and steering systems
This system supports the vehicle absorb shocks and bumps, allows front wheels to pivot for steering and maintains wheel geometry with the road for traction and handling.

•    Transmission system
This system uses gears to provide speed conversions from a rotating power source to another device.

That is the transmission adapts the output of the internal combustion engine to the drive wheels. The system comprises of many components.

•    Other parts
They include; air bags, dashboard, cotter pin, decal, paint and shim.

4)  AUDIO and VIDEO:
The interiors are the inside parts of the car. They are designed differently according to the owners taste and preference. Let us get into detail about the interior parts which are tuned. 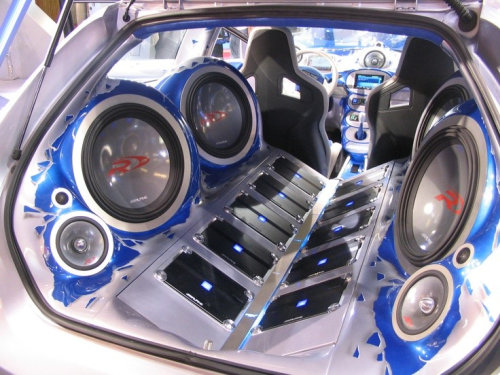 5) SUSPENSION TUNING:
It involves modifying shock absorbers and the springs. A good example is hydraulics. Hydraulic was common with low riders. It makes the car bounce up and down. This was a main thing with the hip hop culture in late 90’s.

6) WHEELS:
Customized tires help the car look very nice. In fact it is the most tuned part of a vehicle. People install sport tires to almost any car. The rims are the most tuned and the tires come in different designs. 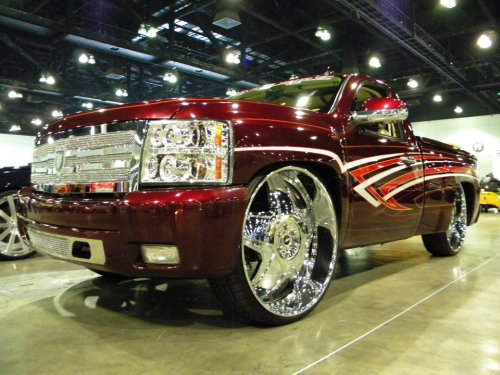 With that all said, let’s see the common styles of modification.

1.    LOW RIDER
They have hydraulic setups, low cars with flashy paint and have “bling” wheels. They were commonly used in early hip hop music videos and were associated with black Americans. These model of cars are not that popular in recent years but are featured as classics in many nations.

2.    EURO STYLE
It has small wheels and sometimes it is lowered or stance. It is painted with one color. This makes the look of the car cleaner than the normal car.

3.    VIP
This type of car is usually stretched to resemble a limousine but in some cases it can be the normal length. It is usually black in color and has heavily tinted windows to aid the privacy of the persons inside. It also has shiny wheels and it is very luxurious. Just as the name, it is used by wealthy people or important people.

4.    TRICKED OUT
This style involves customizing the car with many gadgets. It might have lambo, gull wing or scissor doors. Hydraulic may also be present in the car.

5.    GANGSTER
These cars reflect a lavish lifestyle and are usually larger. They get tuned using expensive materials like diamond studded interior, gold plate body, leather or animal skin seat covers, alloy wheels and so much more.

6.    SLEEPER
This car has performance upgraded but it looks stock. It is like a disguise car which looks like a non performing vehicle.

7.    RAT STYLE
It looks like an unroadworthy vehicle with bad look but has a high performance engine. This style is not very common in modern age.

8.    TUNED
This is the type car you really want because it is powerful and it is mainly modified to enhance performance. It is modified with spoilers, chrome and the feel of the car.

9.    SPORTS
This style and type of vehicles are common in modern age. They are characterized with high speed together with great look. Everything from the wheels to the body is modified. Most of them are tuned by the manufacturers and released ready for driving. Examples are the Bugatti, Ferrari, Audi, Mercedes and many more. In fact most of modern age manufacturers produce their vehicles with a sporty look.

10.    DRIFTING AND DRAG RACING
They resemble the sports car but these are designed for specific reasons. The drifting style is for cars which are used in drifting. The main design is for high control performance. Drag racing, on the other hand is designed for high speed straight racing. For rallying, the cars are designed to be driven on mud or dust.

11.    SOUTH LONDON
These are the famous British Fords which are subtly modified with revolution mag wheels, pinto engine and Cortina steels. They are not that common in most countries.

12.    DONK AND THE SLUB
The donk is modified with large wheels, loud speakers and high ride height. It shares some of its features with the slub. The slub also has loud speakers and hydraulic. Some of its special modifications are the tan color and a wood grain steering wheel. It is a landmark of Houston hip hop music.

13.    JAP
Just as the heading Jap which is short for Japanese, all the styling with Japanese parts fall into this category. This is because the parts are sourced from Japan tuning companies. For example large bumps and vents.

The best car tuning solution depends on your taste and preference. If you are a sporty person, go with sports car tuning. The options are numerous but it might cost you. My taste is the VIP look because of the class it portrays.