Home /   OBD Diagnostics, Technical /   What is an OBD Scan Tool?

Before answering what an OBD Scan tool is, first you need to know why they even exist.

An important part of vehicle ownership is to keep it well maintained and available for use when needed. It can be a nightmare if you need your car for some important or urgent work and you cannot get it to start. It can be an even bigger problem if you are on your way and your car breaks down, leaving you stranded in mid-way.

Diagnostics, or checking the health of the various components, is an important aspect of the upkeep of any machine, including a car or any other vehicle.

Your car very likely has an elaborate system built-in to facilitate diagnosing any issues with ease. Most drivers are familiar with the ‘Check Engine’ indicator light on the dashboard, also known as the Malfunction Indicator Light (MIL).

But it is just a single light indicator, and it cannot tell you much.

It does indicate that there might be some issue that requires further investigation, but not much more than that.

Is the issue something temporary? Or is it something that could ground your car and leave you stranded mid-way?

Does it indicate a warning, or a failed component?

These are issues that are important to know. And the earlier you are aware of any problems, the better.

In order to give more useful and actionable information about any possible problems with your car, all cars sold after 1996 have a system called the On-Board Diagnostics or OBD II (II or 2 stands for the 2nd version of OBD, more about it later).

This is a standardised system on board a vehicle consisting of various sensors and computing modules which can tell the vehicle owner or a technician what the problem with the vehicle is.

The system uses its sensors to monitor various parameters, and determines most common problems to report or store.

The OBD II generates error codes indicating any problems. In order to be able to read the error codes, you need a device called as OBD scan tool.

These tools are very useful for drivers and indispensable for auto mechanics and technicians.

We shall take a closer look at the overall system, its origins and useful tidbits to help you make the most of this technology.

In this article, we will cover:

The Origins of OBD

The OBD is an emissions control tool, which was expanded to make it much more useful.

Its origins can be traced to the smog-filled Los Angeles basin of the 1960s. In the absence of any regulation of any rules regulating the exhaust gases, the automobiles back then emitted incredibly polluting exhaust fumes.

The problem became too big to ignore, especially in Los Angeles basin, and the State of California started introducing regulations to control emissions from 1966. Seeing that the problem also existed on a national scale, similar laws implemented nationwide.

The Clean Air Act was passed by Congress and put in place by the Nixon administration in 1970, which involved instituting the Environmental Protection Agency (EPA).

The EPA put in place various rules and requirements for the emissions of vehicles across the nation.

One way in which manufacturers met these requirements was by putting electronic sensors in their exhaust system and electronically controlling the fuel-air mixture and ignition cycle of the engine to minimize the harmful exhaust gases emitted by the vehicle.

These systems were also found to be incredibly effective to monitor engine performance and provide primitive diagnostics to resolve any issues.

Initially, the regulations only stated the requirements for emission standards, not how they were to be attained. Some manufacturers voluntarily introduced such electronic systems to control emissions.

Some early examples were the introduction of the first on-board computer system with electronic fuel injection on Volkswagen Type 3 in 1968, led by more mainstream adoption by Datsun in 1978 and General Motors by 1980.

However, these systems were very primitive compared to modern ones, and were proprietary with no standardization. 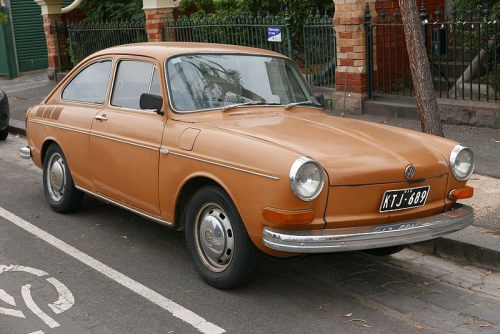 These kinds of systems were first mandated by a law in the State of California in 1991. This first generation of systems was known as OBD I. This was not a nationwide regulation, it was only applicable in California.

A further improvement in this regulation, which is in effect today, was the OBD II. The OBD II was introduced in 1994-1995 and made mandatory from 1996 onwards.

It was later made into a nationwide regulation, coming into full effect from 2000 onwards.

This brought about various improvements in the OBD I, which we shall see in the next section…

OBD I vs OBD II

OBD I was the precursor to the current OBD II system.

OBD I is only applicable if you own an old car or a classic car originally sold before 1996.

OBD I was the first government regulated electronic emission control system. This earlier system was not regulated at all, and had much less functionality as compared to the current system.

Due to lack of standardisation in OBD I, all the different manufacturers used their own connectors, called Diagnostic Link Connector (DLC), for their cars. Even the protocols, Diagnostic Trouble Codes (DTCs), DTC definitions and connection procedure differed from manufacturer to manufacturer.

This often necessitated the use of first party scan tools, which could be expensive and lacking availability. Some cars did not even have DTCs, they used blinking patterns on the MIL indicators to indicate various problems, similar to Morse code, but with different protocols.

Some cars made use of special LEDs which could light up in a specific pattern to indicate the code for the problem.

As you can imagine, it is not very convenient to use such a system for car owners as well as auto mechanics and technicians. It could sometimes be a nightmare to get hold of the appropriate documentation necessary to decipher the indicators of OBD I system.

This problem is especially pronounced if the car is being passed from one owner to another, since the documentation that originally came with the car may not be preserved.

The OBD II system was a significant improvement in terms of standardisation as well as functionality.

As an effort to standardise OBD II system across all cars and small commercial vehicles, the standard specified the Diagnostic Link Connector (DLC) to be used, and it was mandatory.

The standard also specified the protocols for the electrical signalling and the format in which the error codes were to be displayed.

A set of standardised Diagnostic Trouble Codes (DTCs) was laid down, and consequently, it was mandated to monitor a specific aspect of the vehicle.

However, manufacturers are free to add their own extra functionality and display more codes than the standard set. 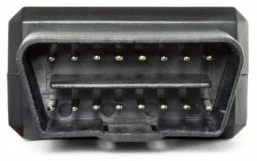 This has made the OBD II system very easy to use, especially for owners.

Due to the standardisation, any third party can make OBD II scan tools which work with most of the cars available in the market (with the exception of imported ones).

Many OBD II scan tools also support the additional error codes specific to certain manufacturers, and add many more functions, which we shall discuss in a later section.

If you have a vehicle originally sold before 1996 and it has OBD I system, it is sometimes possible to use certain adapters for some car models to be able to read the OBD I error codes by using OBD II scan tools.

Isn’t my MIL indicator enough? Do I still need an OBD scan tool?

Yes, you need an OBD II scan tool, the MIL does not provide much information even though it is connected to the OBD system.

Imagine a car with lit MIL like a crying baby. Since the baby is crying, you know that something is wrong, but you just don’t know what. But instead, if you imagine a 3-year-old kid, he can just tell you that he is hungry.

That is much more useful and actionable information than just crying.

The MIL can display only 3 bits of information. If there is some minor or temporary issue, it blinks intermittently.

If there is a more serious problem which may affect the emissions or the safety of the vehicle, it stays lit. If there is a major issue, the light flashes constantly.

This is not much information, other than if you see a flashing light, take your car for servicing immediately. 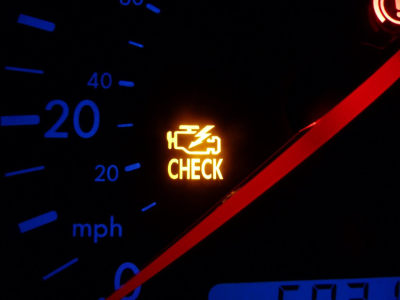 You can use OBD scan tool to extract more useful information. If you have a scan tool handy, you can easily check any problems at regular intervals. If you notice that the MIL is indicating any problem, you can immediately use your scan tool to get further details.

The MIL does not enough information to take any definite action, but the error code or the Diagnostic Trouble Code (DTC) provided by the OBD scan tool is definitely actionable information.

You can check the documentation of your vehicle, or check online, to see what action has to be taken for the DTC shown by the scan tool. Often times, the problem is a minor one and you can save your money by fixing it yourself.

If there is a major problem, you can take your vehicle for servicing. Having definite information removes the guesswork from deciding the course of action.

I am not too concerned about controlling my car’s emissions, do I still need to be bothered about OBD scan tools?

First, you should by concerned about controlling your car’s emissions. But let’s say that you aren’t for some reason, still, there are other uses for getting OBD scan tools.

As earlier mentioned, the OBD system can be used to identify other uses as well such as monitoring the health of your car’s powertrain. It can also detect misfires which may occur due to bad fuel.

So even if controlling emissions is not your first priority, getting an OBD scan tool might be a good idea.

When you decide to purchase an OBD scan tool, you will find that there are a number of different kinds of scan tools available on the market.

All the available scan tools can be classified into three basic categories: 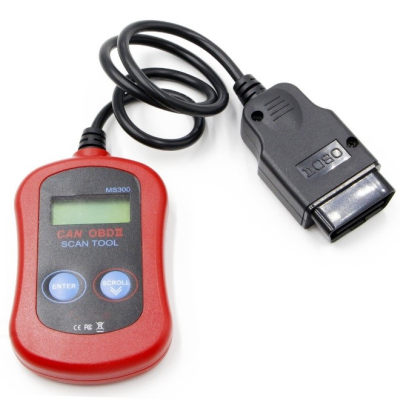 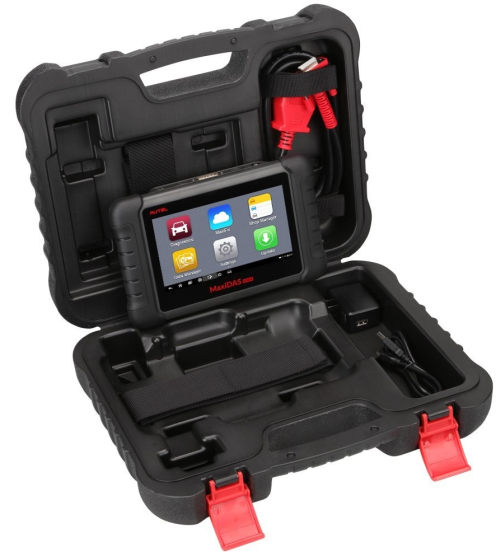 Figure 7: An example of a stand-alone scan tool 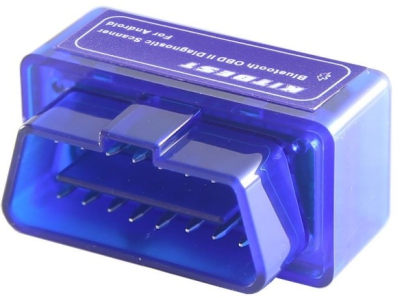 Figure 8: This scan tool depends on a connected smartphone app

In modern times, it is common to rely on the Internet for getting information about the various DTCs.

This can be via your OBD scan tool itself, or you may have the habit of relying on a cheap code reader and googling the code to find information manually.

This has various obvious advantages, such as reduction of cost and availability of up to date information from a variety of sources.

But there can be a flip side to this dependence. This way of finding information can work very well in places where internet connectivity is not a problem.

But if you are on a long road trip and your MIL starts flashing while you are in the middle of nowhere, with no internet, the DTC is no good to you if you cannot figure out its meaning.

Hence, check if your OBD scan tool can store a copy of the information related to all the DTCs for your car model.

If you are using a basic code reader, you can take a print of the information about all the codes related to your car model and store it in your car.

← The ELM327 Programmed Microcontroller
How Does VAG-COM Work? →