What exactly does it mean when we see a “check engine light” glowing on the dashboard? Just checking the engine won’t give a lot of information rather it is necessary to know where the problem is. Glowing “check engine light” does not usually indicate an emergency, but one should never ignore it for a longer time.

What does the “Check Engine light” mean?

Basically, a check engine light is a device which indicates that the Onboard Diagnostics (OBD) of a car’s computer has detected a problem in the car.

The Engine Control Unit or ECU is the unit that monitors the components of the car to detect any problems. When the ECU senses something wrong, it indicates the problem through the check engine light.

Check engine lights were invented with the purpose of making the jobs of professional mechanics a bit easier. But now, one can even figure out the problems indicated by the check engine light, without even going to a mechanic.

There are easy ways which you can use to solve the problems on your own.

Why is my check engine light on?

The only method to know the reason as to why the check engine light is on is getting it scanned by an OBD reading device.

OBD system was initially designed to keep the emission system to work properly. Emission problems are the most common problems which are detected by the check engine light.

Some of the most common issues indicated by the check engine light are stated below. 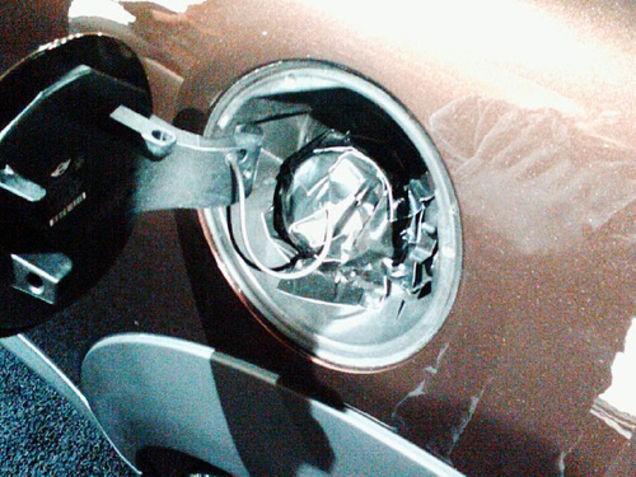 Did the check engine light glow just after you filled your fuel tank? If yes, then it means that either the gas cap is not on at all or even if it’s one, it is done improperly.

This problem, though has nothing to do with the car’s engine but the reason why the light goes on is due to a problem in the emission system in the car.

A loose gas cap can allow the fumes to escape from the car and into the atmosphere which can further harm the car’s fuel economy.

In some new cars, the removable gas caps have been substituted by gas doors which makes a loose or missing gas cap impossible unless one leaves the gas door open.

As the name suggests, oxygen sensor senses the oxygen in the car. Specifically, it senses the amount of unburned oxygen flowing through the exhaust system of the car.

The sensor then indicates the car’s computer to regulate the fuel mixture burning in the car’s engine.

A damaged or broken oxygen sensor can cause an imbalance in air and fuel which can affect the efficiency and performance of the car.

The only difference is that, if the MAF is highly damaged then it can only be repaired by a mechanic and a simple replacement of the sensor won’t solve the problem.

A bad mass airflow sensor can easily be detected by noticing the difference in the working of the engine. 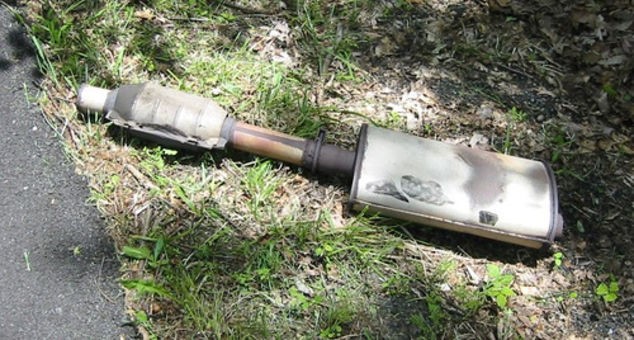 Catalytic converters are one of the mandatory equipment in cars in the US since 1970. Catalytic converter reduces the number of toxins in the exhaust system of the car. It turns carbon monoxide into carbon dioxide and water.

In order to make the car environmental friendly and moreover keeping the car legal on the road, one needs a functional catalytic converter in the exhaust system of the car.

What to do when the check engine light is on?

If one finds the check engine light on, then, first of all, don’t get panic but at the same time do not assume that everything is fine with the car. The first step is to get the car diagnosed properly by a professional mechanic so that further damage can be avoided.

If you are a DIY mechanic and have all the types of equipment required, then you can resolve the issue in your garage. Another method to get your car checked would be going to a parts store for a proper scan. A parts store would scan the glowing check engine light freely, with the hope that you would buy parts from their store.

A scanner would be plugged in the diagnostic port of the car to know about the issue. The plug would then find a code and would search for the meaning of the code in a computer. After the issue and the cause of the problem is found, it’s up to you if you want to fix it on your own or do you need professional help to solve the problem.

If you are a tech pro and have knowledge on how to repair a problem related to car engine then you can use that talent now. All you need is some professional types of equipment which are easily available in the market.

There are different types of OBD scanners available in the market which can be bought for diagnosing any problems related to the car engine.

Some scanners would simply tell you the code while some would have colour codes and give detailed information about the problem. You can even get software and hardware equipment for better analysis of the problem that too in your own garage.

A diagnostic hardware comes with some type of plug to insert in the diagnostic port of the car. This port is a d-shaped female plug, located underneath the steering column.

The standard systems used nowadays is called OBD-II, whose codes consists of a letter followed by four numbers. OBD-II can detect more than emission problems. The different letters used can tell specifically about the problems detected by the scanner.

These letters used makes it easier to understand the problem. One can get a rough idea about the issue from the letters before scanning the code on the computer. The four digit number or, to be more specific, the code gives the actual problem related to the vehicle.

If the scanner that you are using cannot decode the problem for you, then you can google the code and get the exact information about the issue.

The check engine light won’t be a problem as long as the vehicle is properly serviced and diagnosed.

With the growth of technology, there have been many advancements in the vehicle industry too. One of the most applicable and useful technology is the Onboard Diagnostics and Engine Control Unit which allows the vehicle to communicate through a software media.

2 Responses to Check Engine Light: What Does it Mean and Why Is It On?