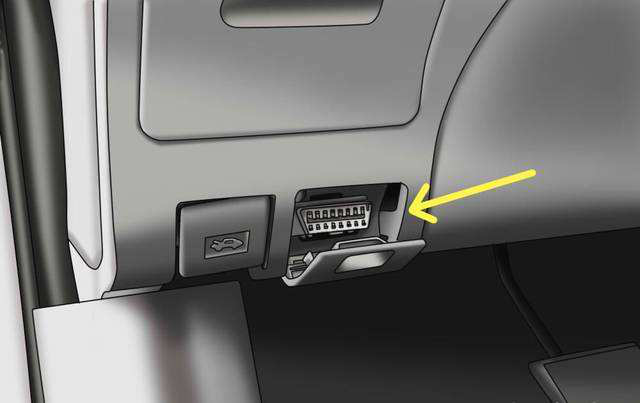 If you have a car, you’ve likely heard the term On-Board Diagnostics (OBD) and have wondered how it works. Luckily, this article will provide you with a basic definition of OBD, what it is, and what you need to know to use it. Also, we’ll touch on what the system is used for, what its requirements are, and how it can benefit you. Read on to learn more!

On-board diagnostics have been around for years, but the technology isn’t widely available. Before the 1990s, each manufacturer developed their own system, with different connector types and electronic interface requirements. Those tools also had custom codes to report problems.

Volkswagen’s OBD computer system was introduced in 1968, followed by Datsun’s simple OBD system in 1979. In the same year, the Society of Automotive Engineers (SAE) proposed a standardized diagnostic connector and test signals. However, GM introduced a proprietary interface and protocol in 1980, and no other manufacturer adopted it.

Using the OBD system, a mechanic can easily identify a problem by the warning light in the car’s dashboard. A scan tool connected to the OBD II connector under the dash is then used to read the trouble codes. However, reading trouble codes doesn’t necessarily mean that the mechanic knows what’s wrong with the car. A mechanic must be trained to identify and troubleshoot trouble codes to diagnose and repair engine problems.

The first version of OBD covered only the engine’s emissions and control system. Fuel tank vapors and exhaust emissions were not monitored. It was only the emission control devices that were monitored. A malfunction indicator light (MIL) was also set off when a component failed. Some high-end cars included a limp home mode, which activates an algorithm to allow a vehicle owner to drive home safely.

Besides helping vehicle owners find a repair shop, on-board diagnostics also monitor emission systems. The car’s engine control unit is an electronic system that communicates with the driver’s car’s computer. It’s designed to diagnose major faults and set warning lights on the dashboard. OBDs also help technicians determine what the problem is with the car.

If the problem is with emissions, a technician can retrieve the code and correct it.

The system is mandatory on most modern vehicles in the United States. OBD-II outlines the protocols that allow the car to communicate with external diagnostic equipment. The communication protocol is based on ISO 15031, which specifies the connector type, messaging format, and vehicle parameters. The standard also describes how a vehicle’s engine information can be read and analyzed. These protocols enable the technician to analyze the problem quickly and accurately.

On-board diagnostics is a computer system inside your car that gathers information from a series of sensors. The system monitors the performance of a vehicle’s major components and can be used to identify problems before they become critical. Technicians can use an OBD scan tool to read the data from the vehicle’s DLC. These systems have made it easier to diagnose car problems and understand their importance.

In some instances, an on-board diagnostics system can identify the causes of a malfunction and store information for future reference. It can also provide repair technicians with important information that they can use to diagnose the problem. The system is largely dedicated to the emission industry, and strict emission guidelines demand that cars be equipped with emission-related devices.

A common example is the Malfunction Indicator light. These lights will illuminate when the car’s diagnostics system detects an issue and help fix it.

In many cases, on-board diagnostics (OBD) is used to find problems with the emission-control system and other parts. As more vehicles use electronics to control their components, OBD is a useful tool to identify problems in the non-electronic parts. Even though mechanical parts are often as reliable as electronic parts, they are easier to service. A vehicle’s OBD has a long list of benefits.

Currently, OBD II has several enhancements over its predecessor. The OBD-II standard specifies the type of diagnostic connector used and the communication protocol and messaging format. The data field consists of 255 bytes, and the active/dominant state is driven low with an open-collector driver. The connector uses a common SAE J1962 diagnostic link connector. The connectors are also used for both OBD-I and OBD-II systems. The connector connects to the vehicle’s battery, but some technicians choose to connect an auxiliary power source.

OBD-II has a significant benefit for state and national air-quality programs. Its ability to retrieve emission data provides technicians with vital information to diagnose problems quickly and accurately. It also helps vehicle owners maintain their vehicles and allows states to meet national air quality standards. A car’s OBD-II code can also be updated remotely, enabling technicians to repair the car faster and with less expense.

An On-Board Diagnostics (OBD) system monitors a vehicle’s engine management, emissions control components, and conversion efficiency, providing synchronized input data feedback to a technician. This information is often used to correct problems or optimize a vehicle’s utility. A typical vehicle equipped with an On-Board Diagnostics system can be identified in a matter of minutes.

The OBD system monitors various components of a vehicle’s engine and emission control system, and provides the driver with warnings when malfunctions occur. It also allows mechanics to adjust emissions and fuel economy. Besides the consumer benefit, on-board diagnostics systems are used in fleet management, monitoring fuel efficiency, and detecting unsafe driving. The ECU is a critical component of an On-Board Diagnostics system.

The OBD system is an essential component of any vehicle, regardless of make or model. Its standardized interface allows automotive technicians to analyze the data of various components. This data stream includes torque and speed related information, fuel system control parameters, fault codes, EGR system, turbocharger, and vehicle emission data.

When a fault is detected, a warning light illuminates on the instrument panel that typically displays “Check Engine” or “Service Engine Soon.” The OBD system records and stores the value of these vital parameters.

OBD system is the computerized component of a car’s on-board computer. It provides a variety of reporting capabilities to technicians and allows them to better understand vehicle performance. Using an OBD system can help you identify potential problems early on and prevent costly repairs. It can also help you find the cause of a malfunction.

A faulty OBD system is one of the most common reasons for vehicle malfunctions, and OBD systems have paved the way for better serviceability.

On-Board Diagnostics (OBD) systems are designed to monitor the health of various automotive systems and components. They make a data stream available via a standardized data link connector. The data stream consists of torque-related data, speed-related information, fuel-system control parameters, and fault codes. Important parameters such as the air-conditioning system, EGR system, and turbocharger are also stored in the data stream.

When a fault is detected, the system stores the values of these parameters, such as the air-conditioning system, fuel system, and speed. The data link also stores test limits and other parameters used to determine the fault.

As electronic systems become more prevalent, the use of On-Board Diagnostics (OBD) systems becomes more important. While these systems are crucial for identifying issues with electronic components, mechanical parts are also equally reliable and more serviceable.

Hence, vehicle owners should be familiar with the requirements for these systems. If you’re considering buying a new vehicle, here are a few things you should know about these systems.

The EPA regulations state that a vehicle must have on-board diagnostics systems. The regulations specify that heavy-duty engines must have a compatible system.

These systems are incorporated in the on-board computer of the vehicle. They monitor the function of practically every component in a car. If something is not functioning properly, a warning light will be displayed. You’ll know if a certain component is defective by the engine symbol or a warning light.

In addition to OBD systems, these systems are becoming more accessible to the general public. With the rise of auto enthusiasts, the OBD connector has enabled new types of instrumentation. They enable access to derived data and are now compatible with mobile devices like smartphones and PDAs.

For example, there are OBD connectors for Garmin navigation units. Carputer systems are essentially PCs, and they run the same software as PC-based scan tools.