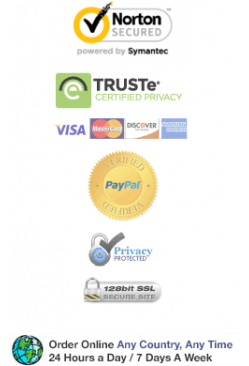 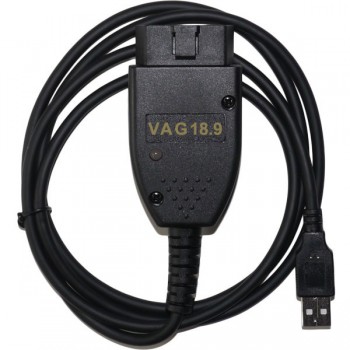 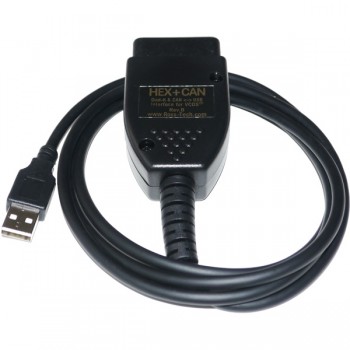 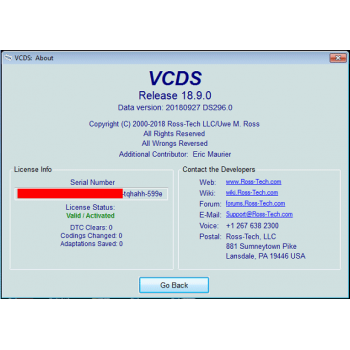 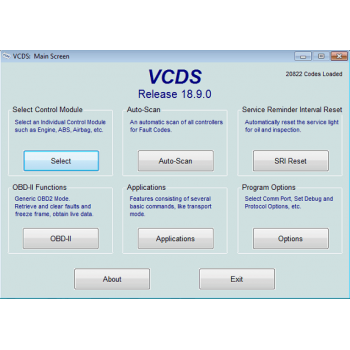 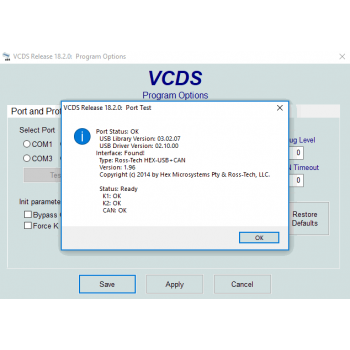 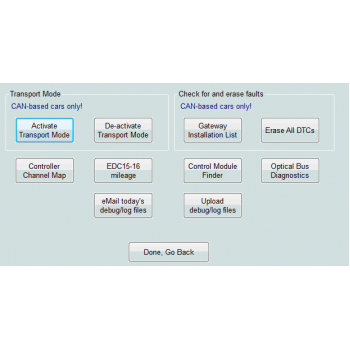 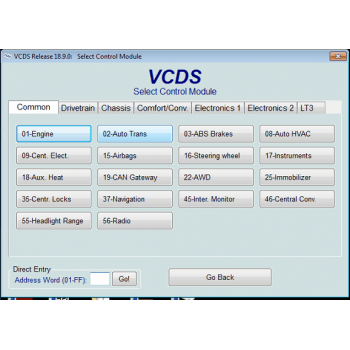 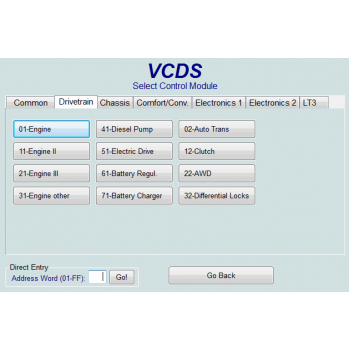 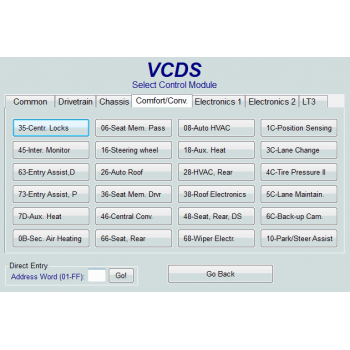 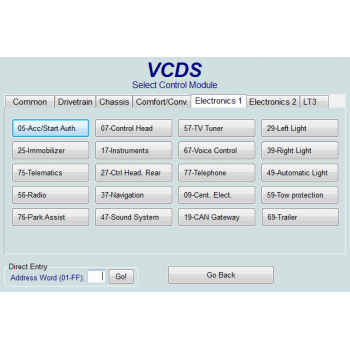 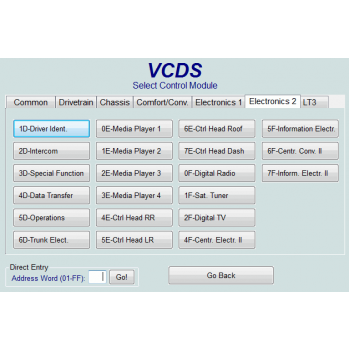 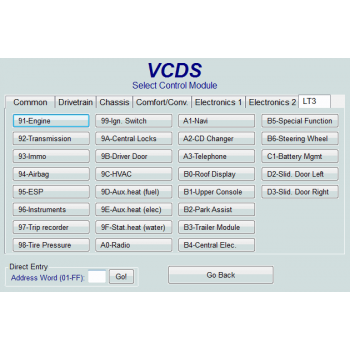 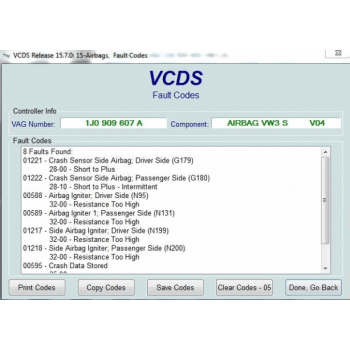 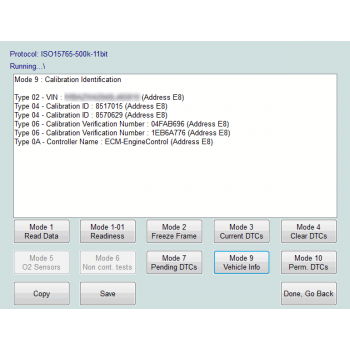 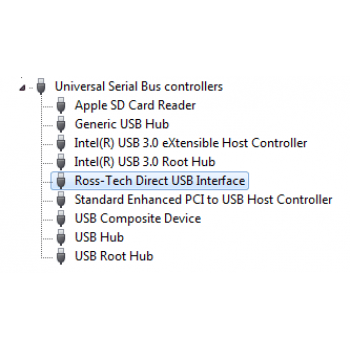 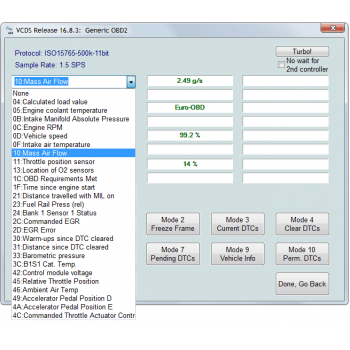 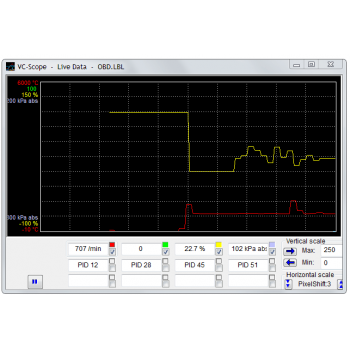 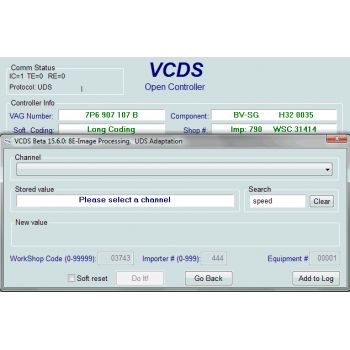 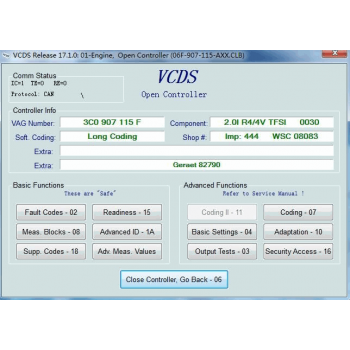 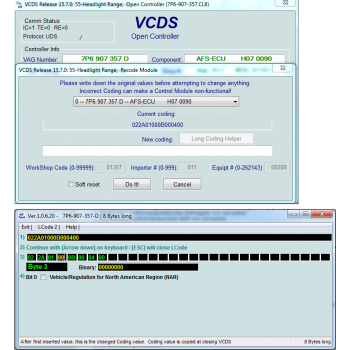 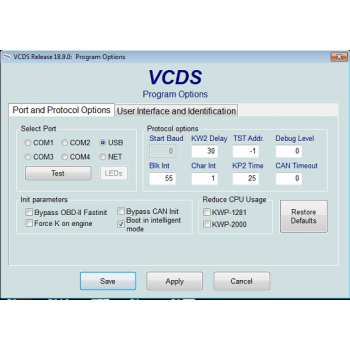 Made For All VAG (Audi, SEAT, Skoda and Volkswagen) Vehicle Owners, Mechanics, Repairers and DIY Enthusiasts...

Own an Audi, Volkswagen, Skoda, Seat or Bentley car made between Jan 1994 to ? Then Ross-Tech VCDS® Software and VAGCOM Diagnostic scanner will help you diagnose all modules for any kind of possible problems regarding their functionality or lack-of if something is malfunctioning or broken.

Features you'll have access to are equal to dealer level factory tools. What's more, the included original VCDS software surpasses the performance of aftermarket diagnostic tools and alternative factory tools found throughout Amazon, which all came AFTER RossTech's scanner.

Therefore you'll always know precisely how the vehicle is functioning and what is most effective way to fix it. Meaning this kit is suitable for both home car owners and professional workshop mechanics.

Besides thoroughly scanning car module data and health, but the software can also modify vehicles performance and behavior on how it functions inside and performs outside on the road. Meaning you get to customize your car to your personal liking.

Basically you're getting same advanced level diagnostics and coding support as OEM dealers or a certified VAG mechanics have — who charges upwards of $250+ per hour.

In short — it's capable of extracting, diagnosing and resetting 4,000+ (OBD2) Engine/Transmission fault codes on non-VAG vehicles.

While this is 3,108 more codes then VAG-COM 12 — main improvement in VAG 18.9 is it's short/long coding ability. But also includes much better reliability in scanning all manufacturer systems, where VAG 12 would otherwise fail.

And before mentioning functions, let's first remove any misunderstandings...

Firstly, this is not the original RossTech kit as sold for $400+ on their website...

Our cable uses a 3rd Party manufactured chip. That's why we can keep costs down — because we're not using Ross-Tech™ OEM chip — but 3rd party chip using identical firmware code.

In short, this cuts down our OEM licensing fees... hence we pass those savings onto you.

It also comes with original license-activated VCDS software, which works on unlimited car VIN's and computers. And has ZERO restrictions in functionality compared to original. (Software is NOT cracked or modified in any way.)

Lastly, this is NOT comparable to those cheap entry-level VAG-COM KKL 409.1 (or) VCDS-Lite interfaces with limited functions and cracked software. For that, head over to eBay/Amazon/AliExpress.

Disclaimer: We are not associated to RossTech company. All technical help for this product must go to Total Car Diagnostics. Our hope is you'll see how good our cable is and eventually buy the original Ross-Tech, because they absolutely deserve it and are always up to date.

Ross-Tech VCDS will give you ability to:

Now let's look into the specifics...

Make no mistake, our VAGCOM USB cable cable will give original VCDS 18.9.0 full version software with all features unlocked... and without any "hidden" future payments. Basically it's unlocked to full version for a lifetime.

There's no monthly/yearly fees of any kind.

This means you can access to all manufacturer codes on your vehicle(s) like: ABS, Airbag, Air-Condition, Windows, Lights, Tires, Immobalizer, Electronics, Engine, Transmission, Radio, etc.  (See screenshots for more info)

VAG-COM 18.9 cable and VCDS 18.9.0 software works with almost all VAG vehicles from 1994 to which have CAN, HEX or Dual K lines including:


This presentation shows VAGCOM used on a vehicle to detect a problem with it's ABS system. Different tests and procedures are shown...


This video shows VAGCOM in effect - to test for an intermittent gear change issue. Different tests and operations are shown...


This presentations reveals how the airbag SRS component can be analyzed thoroughly with VCDS/VAGCOM. Different experiments are shown...

How this VAG Car Scanner Does It's Magic...

Any vehicle is equipped with a computerized ECU chip (engine diagnostic unit). While car is running, this chip is processing, monitoring and storing data. This data can be accessed via onboard diagnostic (OBD) information.

Problem is, most scanners will only collect data regarding engine and transmission. To collect data about systems like ABS, Airbag, electronics or the car, is very expensive. Because developers have to look each car chip independently and add support in software.

That's exactly what Ross Tech has done regarding VAGCOM/VCDS. This is why VAG-COM has been valued as #1 go-to tool for VAG owners.

What You'll Get In the Package:

If you're still skeptical about Total Car Diagnostics VAGCOM 18.9.0, or if it appears too good to be true, or if it'll even work... let me reassure you with our:

3 Reason Why You Should Trust and Order from Total Car Diagnostics...

“ To Get Started... Click on "Add to Cart" Button Above And We'll Have This Package Shipped to You By Either Today or Tomorrow...”

Note: HTML is not translated!

Enter the code in the box below: 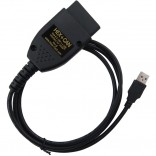